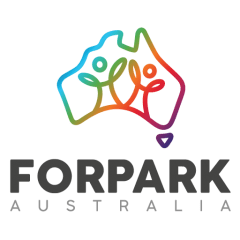 Numerus was approached to implement the changeover and upgrade of Forpark’s payroll system, and to integrate it with other business systems.

Forpark Australia have been manufacturing and supplying playground installations, outdoor fitness equipment and park furniture since 1979.  Their primary customers are local government, education and commercial businesses throughout Australia. They are a family owned Australian company with offices in every state

Martin Harland, their Financial Controller, recognised that their existing payroll system had come to the end of its useful life.  It was important that any new system was compatible with their existing Bundy timeclock, and they needed a program that they could import the data from.  They had researched the market and found that MYOB would meet their needs.

We extracted the relevant information from the old payroll system and re-entered into MYOB.  As this was part way though a payroll year, opening balances of all wages, entitlements and accruals had to be bought to account.

At the same time Forpark Australia decided to use MYOB’s Super Clearing House so all employees had to be setup for this.

Another benefit to Forpark is that we can provide a source of backup to them should they have a payroll staffing problem.

Since the changeover a few queries have been dealt with easily. This has been due to the system being cloud-based, enabling easy and prompt access for us to come in and troubleshoot.

Although challenging, the process was successful and resulted in Forpark Australia having future-proofed their payroll processes.

CONNECT WITH ME ON: